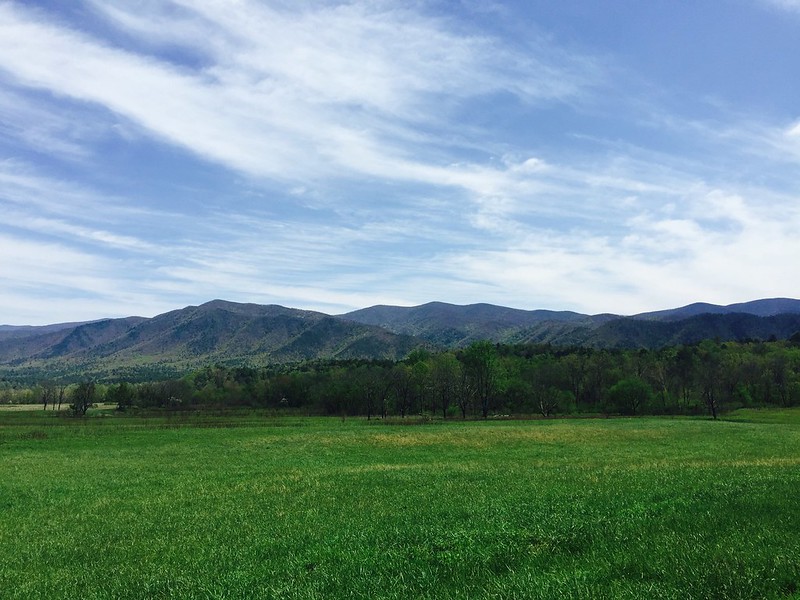 We went to the Gatlinburg/Pigeon Forge area yesterday for their Earth Day Festival. The festival did not start until three so we decided to spend the morning and afternoon at Cade’s Cove.  It was sincerely time well spent.  We spent so much time there that we didn’t get to the festival until six.  In the name of honesty, I must confess, the festival was a flop. There were just a few random booths and very few people.  Next year, we won’t attend because that is a seriously long ride for ten minutes in the park.

So. let’s talk about Cade’s Cove. The history is amazing, the views are breathtaking, the wildlife spectacular and the peace which surrounds you, better than a day at the spa!  So relaxing.

Our first stop on the loop was the John Oliver cabin. A ranger was there and taught us a lot of the history. T was shocked to hear that eleven children and their parents had shared the 18 x 20 cabin. There is a second story and T learned that this was where the boys stayed. However, they shared the space. Two-thirds of the second story were where the food was stored. 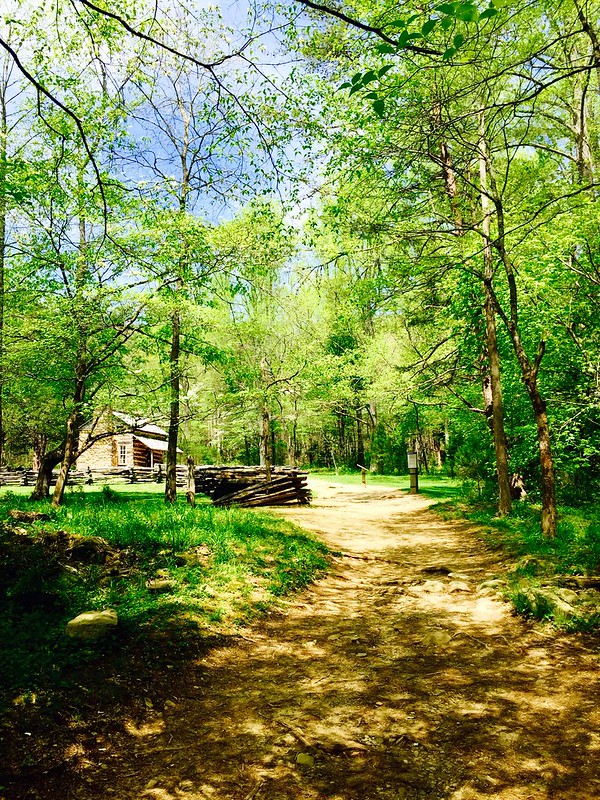 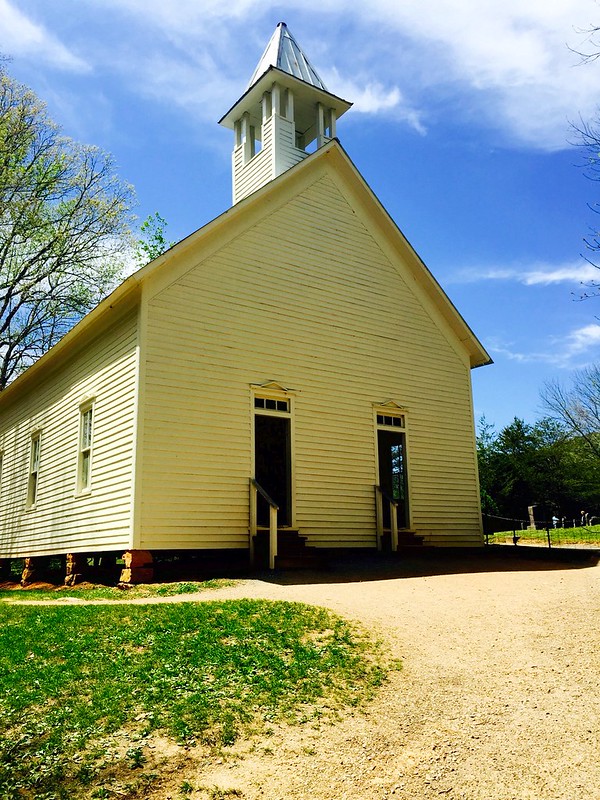 We also visited three churches. The Primitive Baptist Church, The Methodist Church, and the Missionary Baptist Church. These churches date back to the 1820’s but there are still services held to this day.  *Note the two doors. This was to encourage the women to enter one door and the men to enter the other, as they were seated on separate sides of the church but in this case, men and women sat together, the plans to build the church were borrowed. 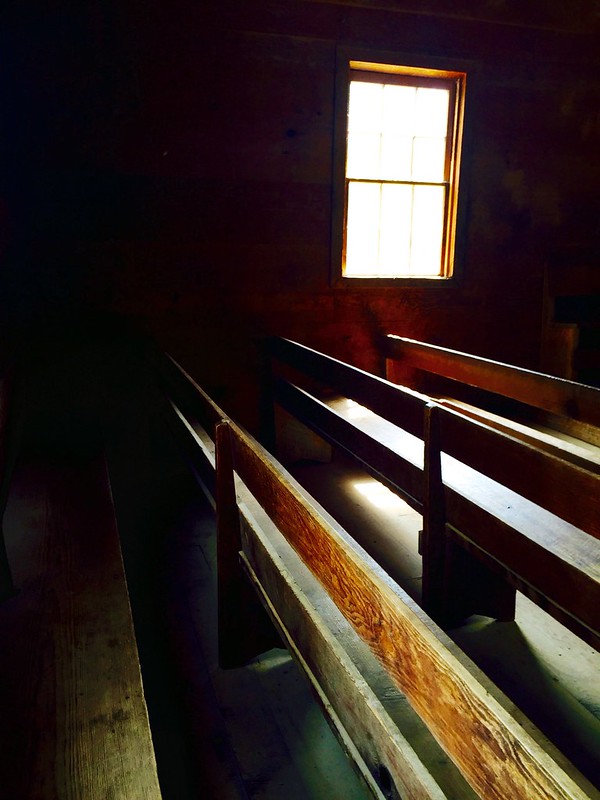 So peaceful. The hikes up to the churches were beautiful also. This time, of the year the flowers are starting to bloom and everything is so green. 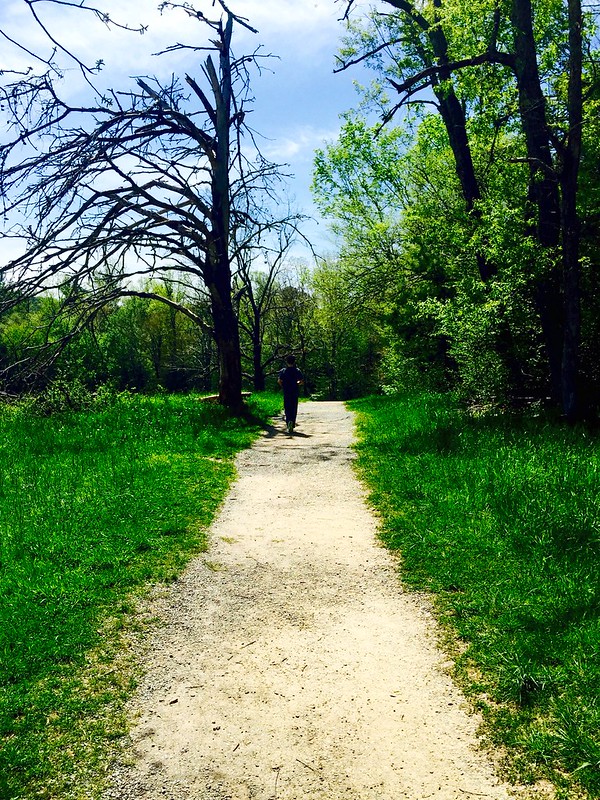 The Elijah Oliver house was one of our favorite stops. The hike there was beautiful and besides the cabin (rare in that in includes a “Stranger Room”) there are also several other buildings including a corn crib and a stable. 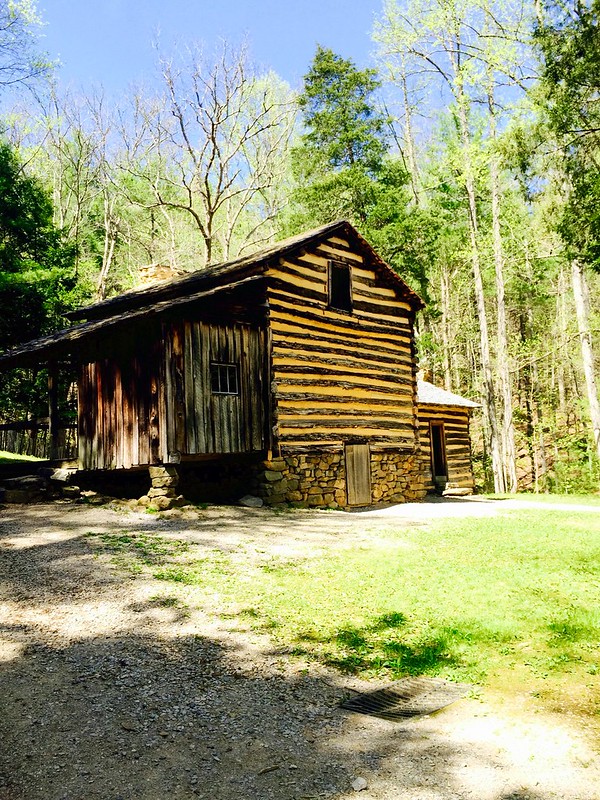 Wildlife: You want to see some bears?  Look up!  Seriously, these mountains are loaded with bears and they really love to be in the trees. We actually saw a Momma bear and her triplets! Yes, triplets!!! Three sweet and so adorable baby bears. The mountains are also loaded with deer, raccoons and tons of birds. 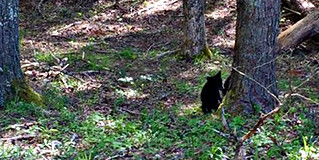 This trip is not to be done in a rush. It truly takes all day to enjoy the whole loop.  I would love to return and go camping there so we could take the whole weekend to walk the many trails and maybe even get up to Abram’s Falls. 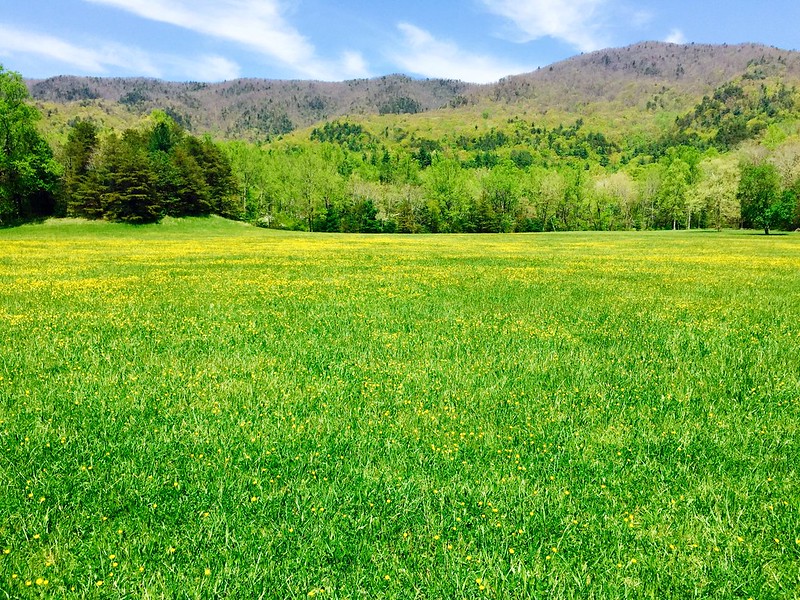 Our feet have taken us to some amazing places, most recently Cade’s Cove. Both T and I recommend this as a Top Stop. Everyone should enjoy the beauty and the history this part of the Great Smoky Mountains has to offer. And after all, it’s less than an hour from all of the fun Gatlinburg and Pigeon Forge have to offer.

Side Note: If you do visit Pigeon Forge for some food after your Cade’s Cove tour we highly recommend Big Daddy’s Brick Oven Pizza. Their wings are out of this world and their Chicken Florentine Pizza is the best pizza I have every eaten. EVER!

Related articles across the web

Some posts on this blog contain affiliate links. I receive a small commission whenever a product is purchased through these links. Occasionally I receive products in exchange for a review or giveaway post. The owner of this website, is a participant in the Amazon Services LLC Associates Program, an affiliate advertising program designed to provide a means for sites to earn advertising fees by advertising and linking http://geezgwen.com to Amazon properties including, but not limited to, amazon.com, endless.com, myhabit.com, smallparts.com, or amazonwireless.com. However, all opinions expressed on Geez Gwen are solely my own, and I only suggest products or services that I believe will be helpful to my readers.